I left Yuma, AZ January 18th and drove three hours East, then south to a place called Why, AZ with my friend Chris.

So are any of you wondering where in the heck is Why, AZ?

Well so was I …..It’s a tiny, rural community in Southern Arizona that is 30 miles from Mexico and 121 miles from Tucson, AZ. Why was named for the Y-shaped junction of highway 85 and highway 86 south of Ajo. At the time of the naming, Arizona law required all city names to have at least 3 letters so the town’s founders named the town “Why” as opposed to simply calling it “Y”. Arizona Department of transportation later removed the old Y-intersection for traffic safety reasons and built the two highways into a conventional T-intersection south of the original intersection.

Why is located in the Sonoran Desert and the landscape is beautiful. This is where the beautiful and grand “Saguaro” cactus grows in abundance. The giant Saguaro Cactus can reach heights of 50 ft and take 200 years to grow. You will also find here the Prickly Pear, Cholla, Barrell Cactus, Ocotillo along with Creosote bushes. Mixed in with these are the unique Organ Pipe Cactus, mesquite & Palo Verde trees.

I am still traveling with my friend, Chris and the reason we came here is to see some friends of hers that she met while RVing in South Dakota. Marsha and Mel are the sweetest people and have had quite an interesting life. They spend their winters here in Why, AZ at the Coyote Howls Campground and their summers in Rapid City, South Dakota. So Coyote Howls Campground is where we are spending our week and this place is awesome. It is very remote and out in the middle of nowhere, but it has special kind of feel to it.

Here is Marsha and my friend Chris 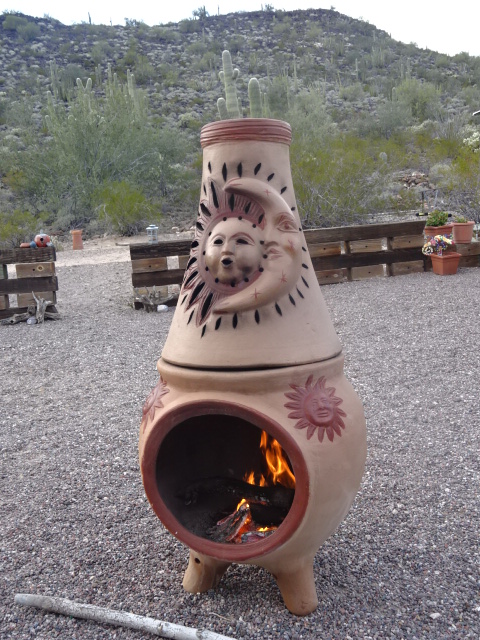 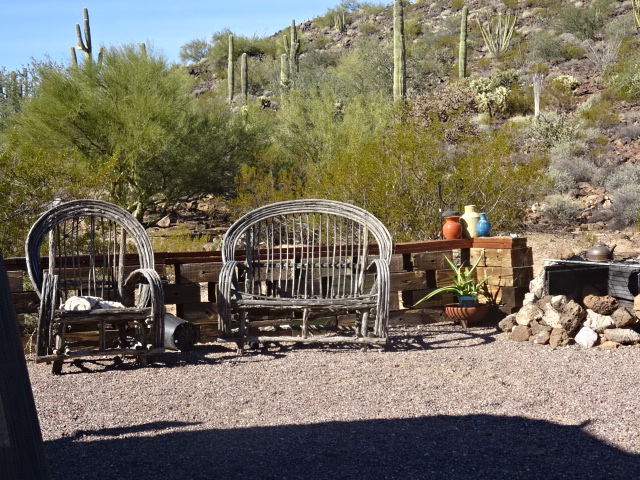 I have to share some history with you about Coyote Howl Campground: Coyote Howl campground and RV park is in the heart of the Arizona Sonoran Desert surrounded by low mountains, desert vegetation, and wildlife such as quail, rabbits, coyotes, and burrows. Coyote Howl is a combination of two campgrounds: Coyote Howl East and Coyote Howl West – The East campground consists of nearly 208 acres with 600 “primitive camps” with no hookups. RV’s need to be self-contained. There are showers, restrooms, dump stations and some water faucets scattered throughout the campground. All you need is a generator or solar panels and your good to go. The West campground has 38 full hookup sites.

A couple named James and Peggy Kater moved to Why in 1949 and built a pub, a restaurant, a store and post office. Water was brought in from Ajo-ten miles away. As more people came to “Why” a well was developed and electricity brought in. During this time, many older people were coming and parking their trailers at what is now a highway rest stop. Many of these people hoped to stay in Why permanently, but the county health department was concerned about the sanitary conditions so they decided the campers had to go. So, some permanent residents of Why decided to apply to the BLM for 122 acres for a trailer court and campground. They were able to get a special permit from the health department if a park could be installed in 30 days.  Almost everyone pitched in and in 30 days, the park was ready. The park included roads, restrooms and hot water for showers.  A man named Virgil Denning provided the heavy machinery, others did the labor. The water lines were dug by the women and children. Those that were too old to do heavy labor cooked stew and chili beans for the workers.

Eventually, the people who came to cherish Why joined together to build a community center. The community center is busy during the winter season with many activities that appeal to everyone. During the summer season, many of the residents move out due to the high summer temperatures.

Here are some pictures of the campground and views:

This hillside picture here is the view from my RV

On our first day out we took the 10.4 mile Ajo scenic loop – Here are some pictures: 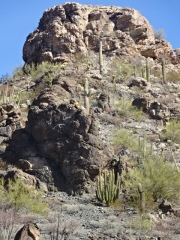 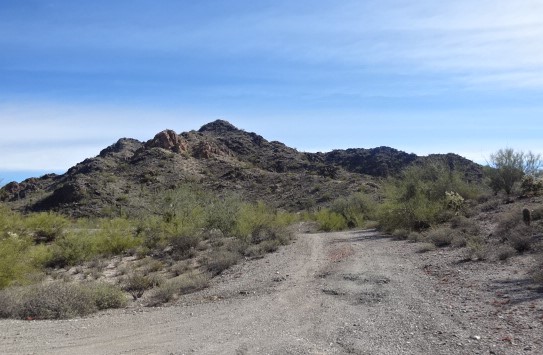 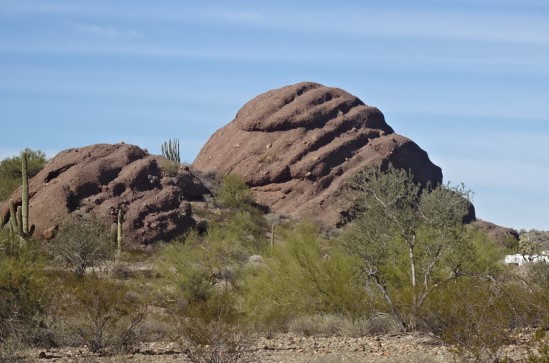 And yes this area is known for this type of activity! 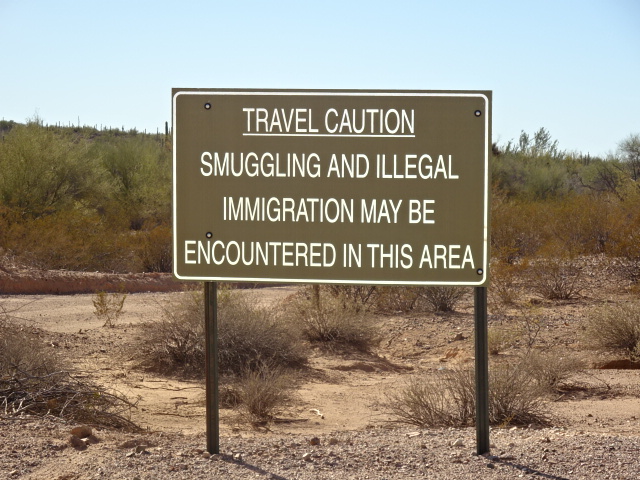 And to finish off the day a beautiful, fiery sunset