I drove on through Sedona and kept driving up Highway 89 through a curvy up and down canyon road that was very pretty to the town of Flagstaff. Flagstaff was my jumping off point to various site-seeing activities I did in the area.

My first outing was to Sunset Volcano Crater and a 34-mile loop that had me exploring the Wukoki and Wupatki Hopi Pueblos.

Sunset Crater Volcano erupted about 900 years ago. What is left is a cinder cone and really not much to see as there are no roads that lead up to the cone nor is any hiking allowed….not that I am in any shape to hike anything like that LOL. 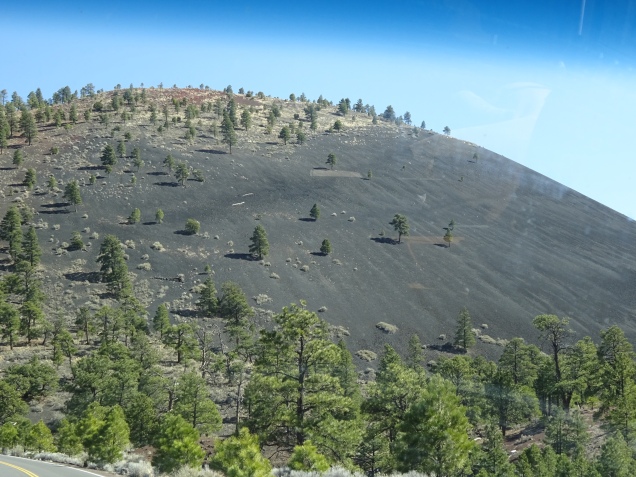 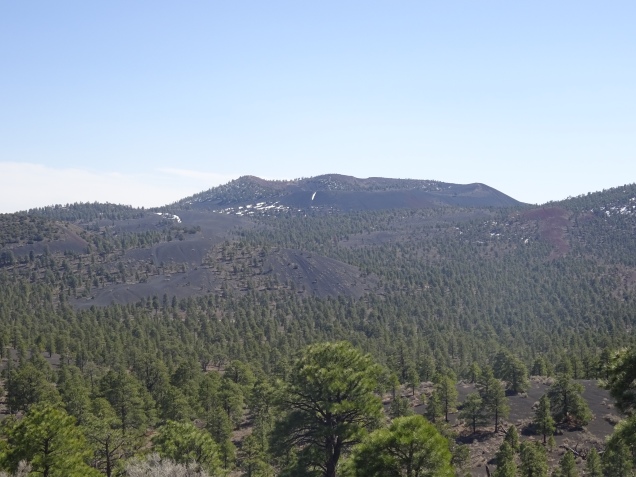 What I really found interesting was the Lava Flow. There was a short trail through a portion of the lava flow so you could get up close and personal. 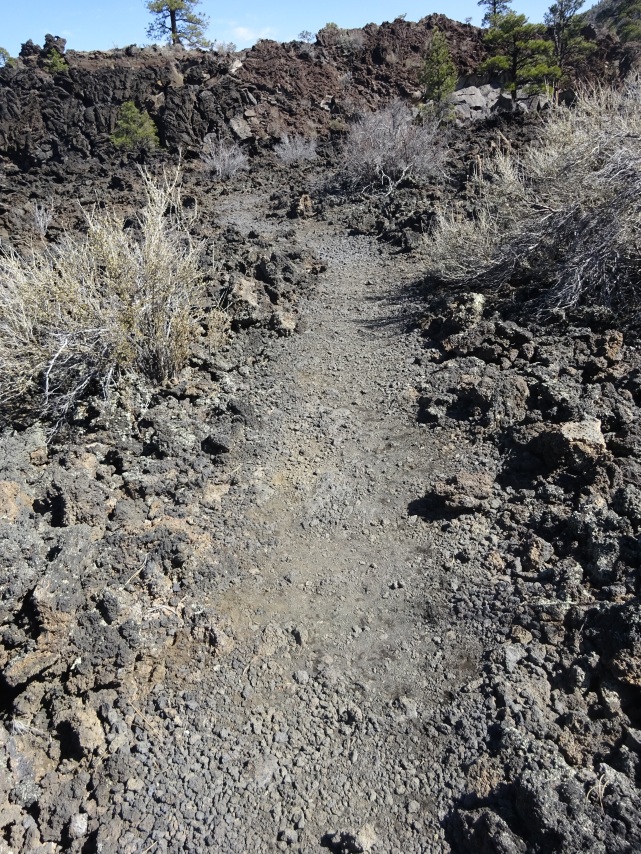 This Pueblo settlement was built by the Ancient Pueblo people. Wupatki was first inhabited around 500 AD. Wupatki means “Tall House.” It is a dwelling with 100 rooms and a community room and ball court, making it the largest building for nearly 50 miles. An increase in population began soon after the eruption of Sunset Crater between 1040 and 1100,  which covered the area with volcanic ash; this improved agricultural productivity and the soil’s ability to retain water. By 1182, about 85 to 100 people lived at Wupatki Pueblo but by 1225, the site was permanently abandoned.

The dwelling’s walls are constructed from thin, flat blocks of the local Moenkopi sandstone giving the pueblos their distinct red color. Held together with mortar, many of the walls still stand. Each settlement was constructed as a single building, sometimes with many rooms. The largest settlement in the national park is the Wupatki Ruin, built around natural rock. With over 100 rooms, this ruin is believed to be the area’s tallest and largest structure for its time period. The site also contains ruins identified as a ball court. There is also a natural blowhole. I walked the path to where the blowhole was located and it was pretty cool with this “whoosh” of air that blows up out of the ground and was strong enough that it made my hair blow away from my face.

The ball court, they played a game here that was much like hockey or soccer

Wukoki Pueblo is another Hopi Pueblo that was only a couple miles from the larger community Wupatki Pueblo. These pueblos are examples of early pueblo construction. It appears that these pueblos were built high on the hills for observation purposes. From these high locations, they could see for miles. Currently, there does not seem to be any water in close proximity but at one time there may have been some streams that had water flow, otherwise, the closest water source was the Colorado River 5 miles away. 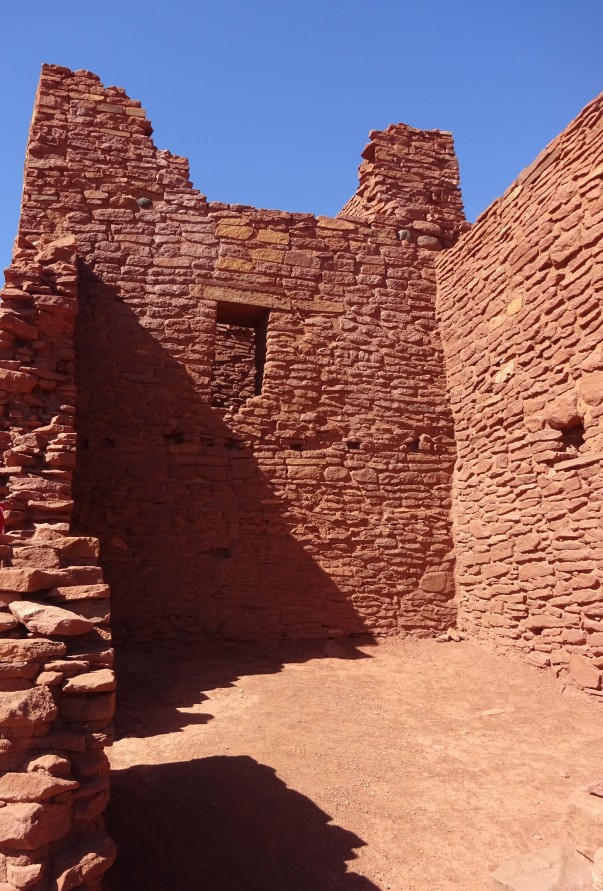