The last of my weekend travels with Colleen ended in Quartzsite, AZ where Colleen’s hubby met us to pick her up. But before heading on their way we found a few oddball attractions to visit there. Quartzsite is a small town with not much to do. It is a flat desert, some roadside businesses, and tumbleweeds with a population of about 3,500. In the winter, Quartzsite comes alive with thousands of campers and RVer’s that camp out on the desert in primitive desert conditions. The attraction to Quartzsite is the warm winter weather, inexpensive camping and the biggest gem & mineral/swap meet show in January and February every year which attracts well over a million visitors.

On the internet, there is a website called “America Roadside Attractions” and so the few stops we made in Quartzsite were recommendations from that site. One of our stops was to the “Hi Jolly” monument at the cemetery. Hi Jolly was born Philip Tedro, a Greek-born in Syria. He came as a camel driver to America with a batch of camels that the US government was trying out in LT Edward F Beales expedition called the Camel Corp to survey for a wagon road across AZ in 1857. When the civil war broke out the US Camel Corp ended and various circumstances happened with the camels……some were captured and others were auctioned off. Hi Jolly remained in the desert and became a prospector scout and a courier. Hi Jolly died in 1902 in what is now Quartzsite and in 1934 the AZ department of transportation erected a monument over his grave. His grave became the beginning of the pioneer cemetery and is dedicated to Hi Jolly for his service to the U.S. government. 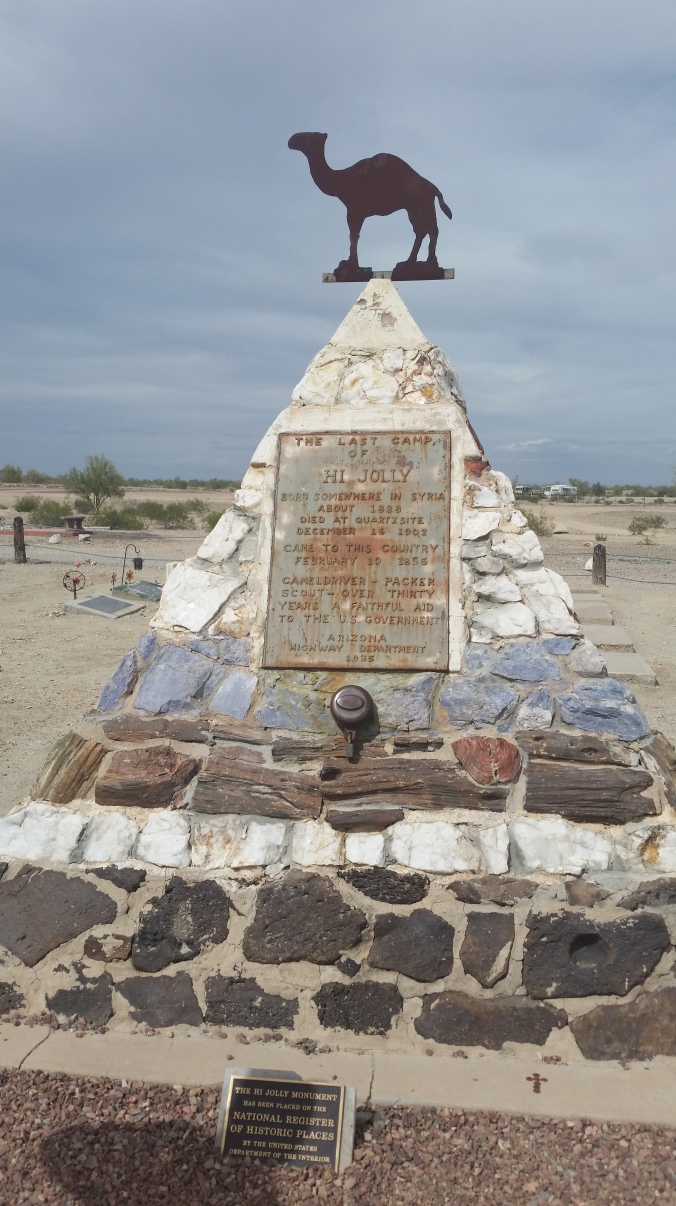 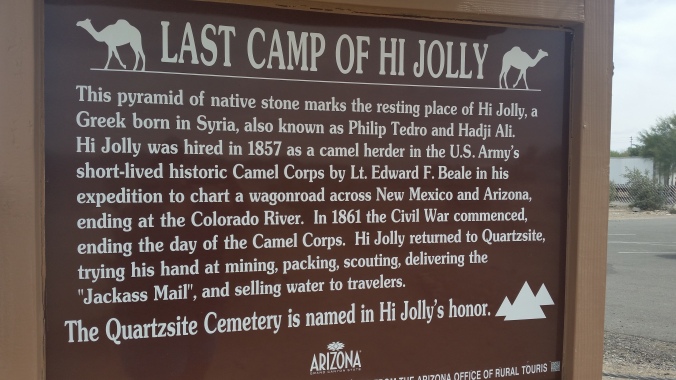 Then we had this roadside attraction……A camel made from wheel rims and painted red. 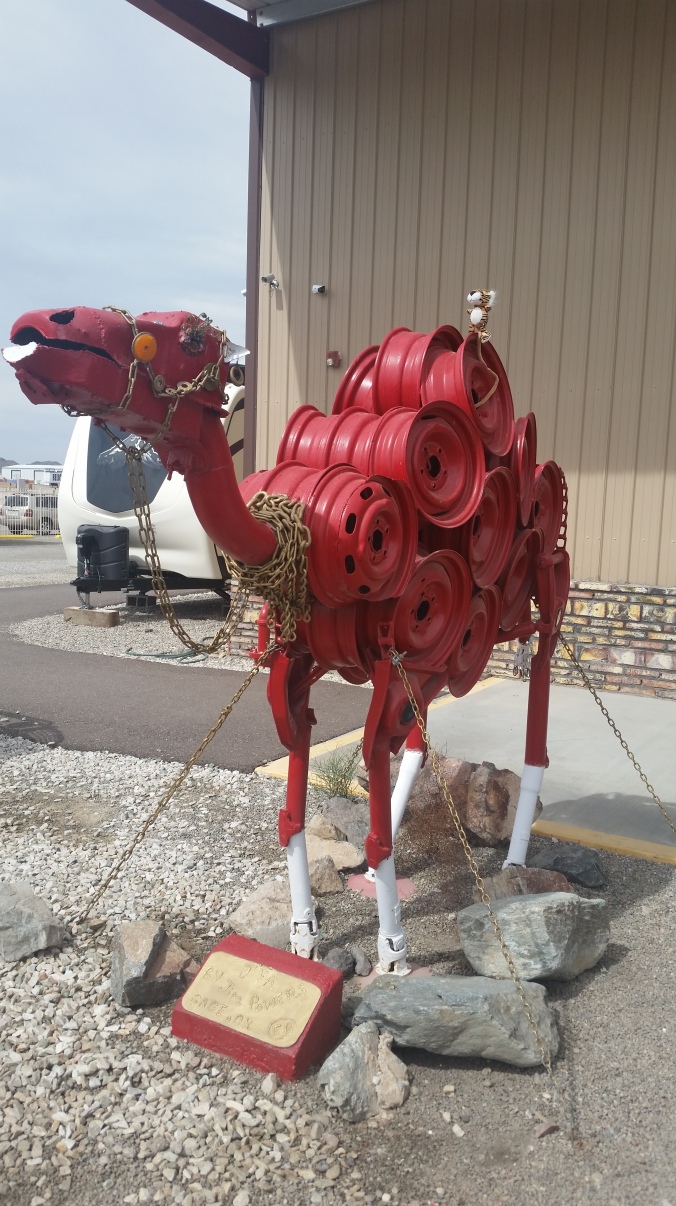 And at Hassler RV Park, we were able to see all these art features made from horseshoes and other various metals of scrap iron. 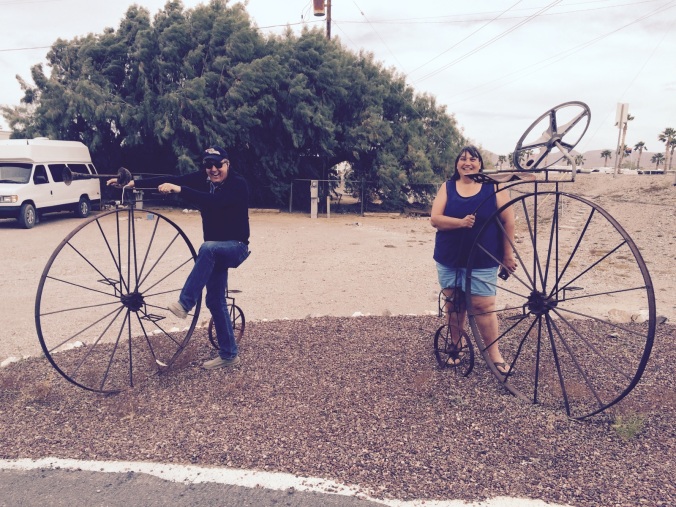 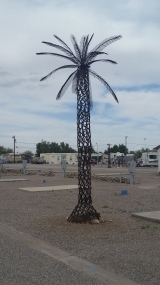 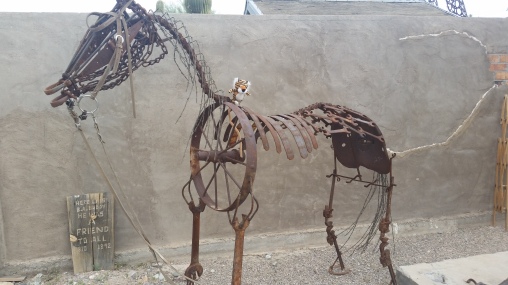