After leaving the Boyce William Arboretum I headed for Ray Mine…..this proably would not have even been on my radar to do except that my co-worker Joe told me about it. He was born and lived in Ray as a young boy. It sounded interesting and I decided to check it out. Ray Mine is a very large copper mine currently owned by Asarco. Ray Mine represents one of the largest copper reserves in the United States and in the world. Located near Kearny along scenic highway 177, the Ray Mine has a history dating back 140 years. The town of Ray, Sonoran, and Barcelona are no longer there…….these towns were torn down as the open pit mine expanded. The small town of Ray was founded in 1870, by 1873 prospectors were mining silver and by 1880 high-grade copper ore was being mined in Ray. From the early days, there were three different communities that were established by mine workers: Sonora, Ray, and Barcelona. Sonora was founded around 1906 and was mostly Mexican workers and their families who had come from nearby Sonora, Mexico. Ray was founded in 1909 as a company town to provide housing mostly for the Anglo miners. In 1911 a third town was founded by Spanish miners and name “Barcelona” after the city in Spain. By this time in 1911 large scale, copper production had begun. By the late 1940s, the Kennecott Copper Corporation running the mine at this time decided to abandon underground mining operations to open-pit mining. By the 1950s the company had given notice to all residents of Sonora, Ray, and Barcelona that they would be required to abandon their homes no later than 1965. To accommodate the soon to be displaced families, the company built a new town named “Kearney”, which was 11 miles away and completed in 1958. By 1965, the once-bustling towns of Ray, Sonora, and Barcelona were completely abandoned and swallowed up by the expanding open-pit. On May 1, 1999, a historical marker was placed on a site overlooking where the former towns once stood. This is where I went to view the Ray open pit mine and where the Sonora historical marker was placed. 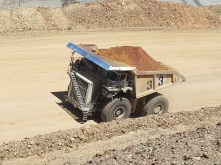 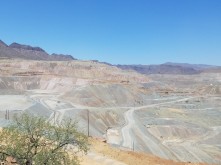 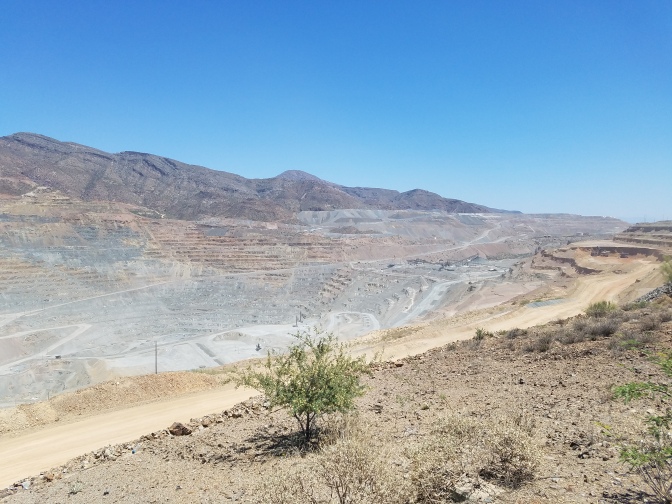