After leaving the Cowboy Museum in Oakdale we stopped at the sandwich shop and got ourselves some lunch to take with us to Knights Ferry. Upon arriving at Knights Ferry we were looking forward to eating our lunch at the picnic table near the river. We no more sat down and started to unwrap our sandwiches when we were invaded by bees. We were so bummed and quickly jumped back in the car with the windows rolled up and the air conditioner going and ate our lunch.

After filling our bellies and surviving the bee invasion we headed down the short trail to the ruins of Knights Ferry flour mill/hydroelectric plant and the covered bridge.

Knights Ferry was first settled by Dr. William Knight in the spring of 1849.  Dr. Knight, being a doctor was also a prominent fur trader that founded other towns in Northern California such as Knights Landing.  The site of Knights Ferry was chosen as a good location to establish a ferry that would cross the Stanislaus River, and provide Knight a profitable venture in a yet undeveloped part of California.  Knight partnered with a local named James Vantine, and with the help of an old whaling vessel, they built a ferry.  Located between the port of Stockton and the Sierra foothills which were rich at the time in gold, Knights Ferry became a hot-spot to cross the river during the gold rush. Unfortunately for Dr. Knight, he was murdered in the middle of town in late 1849.  After Knight’s death, James Vantine operated the ferry alone until he formed a new partnership with John and Lewis Dent, brothers to President Ulysses S. Grant’s wife,  Julia Grant. In the late 1850s, a man named David Locke built a flour mill and eventually bought out the Dent brothers and retained control of crossing the Stanislaus at Knights Ferry. Instead of keeping the ferry, Locke suggested the idea of putting in a bridge and in early 1857 the first bridge spanning over the river in Knights Ferry opened.  During the spring of 1862 with a heavy winter and early warm spring, rains created an abundance of water in the Stanislaus River, and floodwaters raged through Knights Ferry at levels that nearly reached the top of the cliffs.  The bridge was built sturdily, and the water did not take it down, but upriver the bridge at the two-mile bar was not built as well and it washed down and destroyed the Knights Ferry Bridge along with the flour mill. In 1863 a new mill was built by David Tulloch as well as the present-day Knights Ferry covered bridge, it spans 330 feet and is the longest covered bridge west of the Mississippi. At the turn of the century, Charles Tulloch, David’s son converted the flour mill into a hydroelectric plant. This was California’s first hydroelectric plant and what you see today are the ruins of that plant. The covered bridge was closed to auto traffic in 1981 and is accessible to cross on foot. 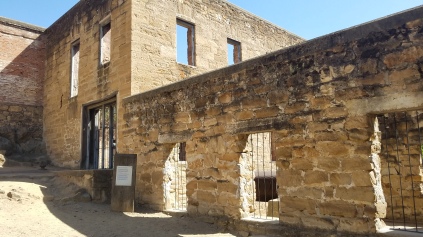 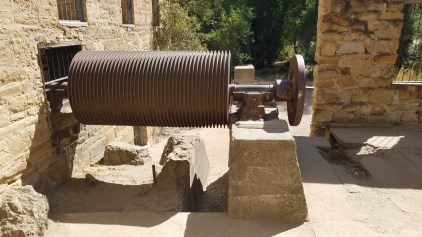 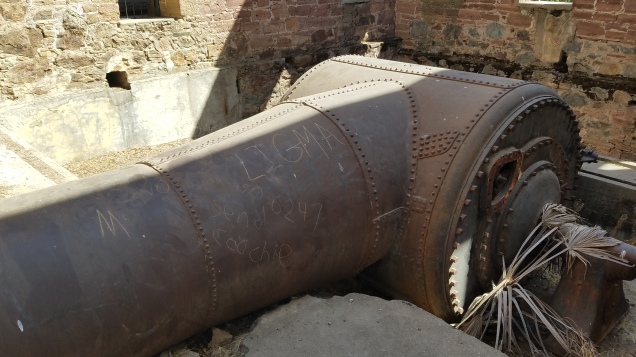 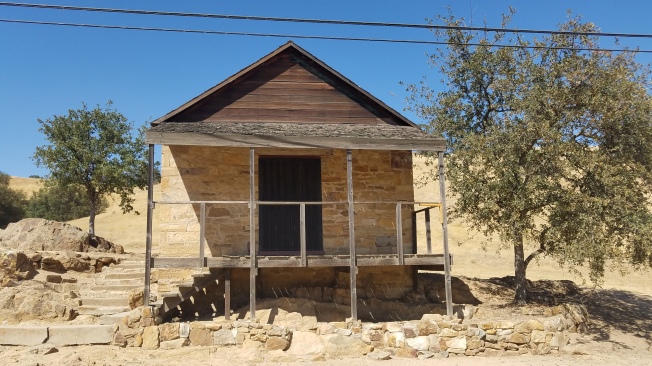 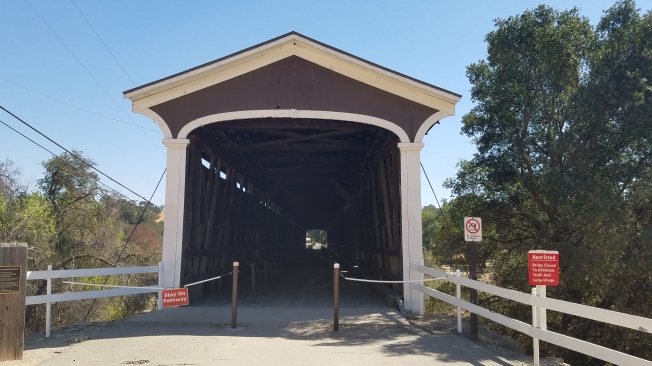