I find touring and learning the history of these old historical houses always interesting. The Rosson House is a beautifully restored 1895 Queen Anne Victorian house located in Phoenix’s Heritage Square. The only way to see the Rosson house is by taking a guided tour. Tours are available Wednesday through Saturday from 10 AM to 5 PM and Sunday 12 PM to 4 PM. The last tour starts at 4 PM.

Dr. Roland Rosson came to Phoenix in 1879 where he established himself as a general physician and surgeon and practiced medicine on and off from1879 until 1897. Dr. Rosson was also involved in politics in various capacities through 1896. Roland Rosson married Flora Murray in Phoenix on August 11, 1880. They had a total of 7 children, but only 5 lived to adulthood.

In May 1882, the Rossons purchased Block 14, which is now Heritage Square from Flora’s half-sister and her husband for $1,000. The Rosson House was built with modern accommodations such as electric lights, hot and cold running water, an indoor upstairs bathroom and a telephone.

In June of 1897, the Rossons sold their house and the north half of Block 14. The exact reasons for the move are unknown, but a few speculations have been that they may have been having financial difficulties. According to tax records, they were delinquent and owed back taxes, they also rented their newly constructed house to Whitelaw Reid so they may have needed additional income. On May 12, 1898, after an illness of several weeks, Dr. Rosson died of “gastroenteritis”. Not much is known about his wife, Flora, she died of “tubercular laryngitis” at age 52 on September 9, 1911.

Several owners occupied the Rosson House…..On June 3, 1897. Aaron Goldberg and his wife, Carrie, purchased the house and the north half of Block 14 from the Rossons for $10,000. The Goldbergs were a prominent Jewish couple in Phoenix. Aaron co-owned Goldberg’s clothing store and was also involved in political and civic activities. Goldberg wrote the bill that permanently located the capitol to Phoenix.

The next owners were Steven Higley who bought the home on September 7, 1904. Higley started out as a railroad builder, became a landowner and later was a partner in the Arizona Republican newspaper. Higley lived in the Rosson House with his wife, Jessie Freemont Howe, sons Thomas and James, as well as his daughter Jessie Jean. Thomas and James later served in World War I. James died on the battlefield and Thomas returned home and later opened Tom’s Tavern in Phoenix.

On August 22, 1914, the Gammel Family bought the Rosson House and portions of the larger lot. The Gammel family lived in the Rosson House longer than any other family. William Gammel had been a gambler in Jerome, AZ. In 1904, he married Francis Christopher, a Hispanic woman from Tucson and had 3 daughters. The Rosson House was run as a rooming/boarding house until 1948 and went through some drastic changes such as walling in porches, subdividing floors and adding multiple kitchens and bathrooms. After 1948, the Rosson House changed hands several times and continued to operate as a rooming house and eventually becoming a “flop house” and falling into disrepair. 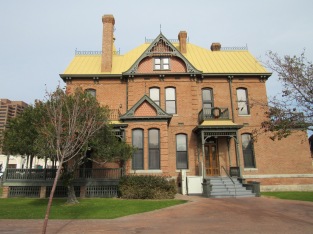 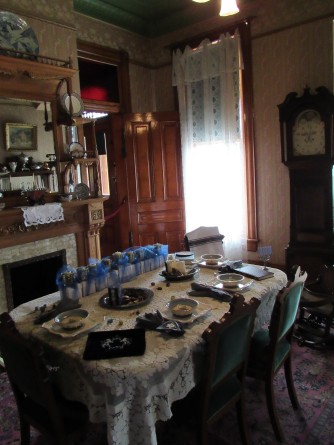