The first stop on the .08 mile loop is the “Fallen Monarch, ” a thousand-year-old Sequoia Tree that is more than just a big old log lying on the ground. The Fallen Monarch has lived through different periods of history with a unique past. No one knows when this giant fell but is was hallowed by wildfires so that when it fell, it became a tunnel that you can walk through. We do know that a couple brothers who were loggers….the Gamlin brothers found shelter in this tree. It served as temporary housing for them from 1870-1872 while they were constructing their cabin not far from the Fallen Monarch. Soon after the Gamlin brothers moved into their new cabin the tree became a gathering place and soon became the local saloon and hotel with table, chairs and even a homemade chimney that extended out the tree’s bark. Later in 1876, the chimney was used as a cookstove and the trunk of the tree as the stables for 32 horses of the US Cavalry. 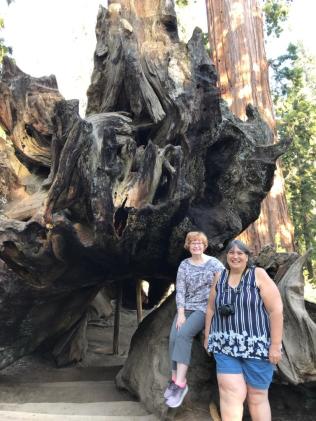 As you continue up the trail you come to the Gamlin Cabin. The cabin is over 140 years old and has been reconstructed and relocated three times. “The cabin was built in 1872 by Israel Gamlin, who with his brother Thomas filed a timber claim to 160 acres within the Grant Grove. They lived here until 1878 while grazing cattle in the mountains. After General Grant National Park was established in 1890 the cabin was used as a storehouse by the U.S. Cavalry who patrolled the park until 1913. Later it became the quarters of the first park ranger station”. 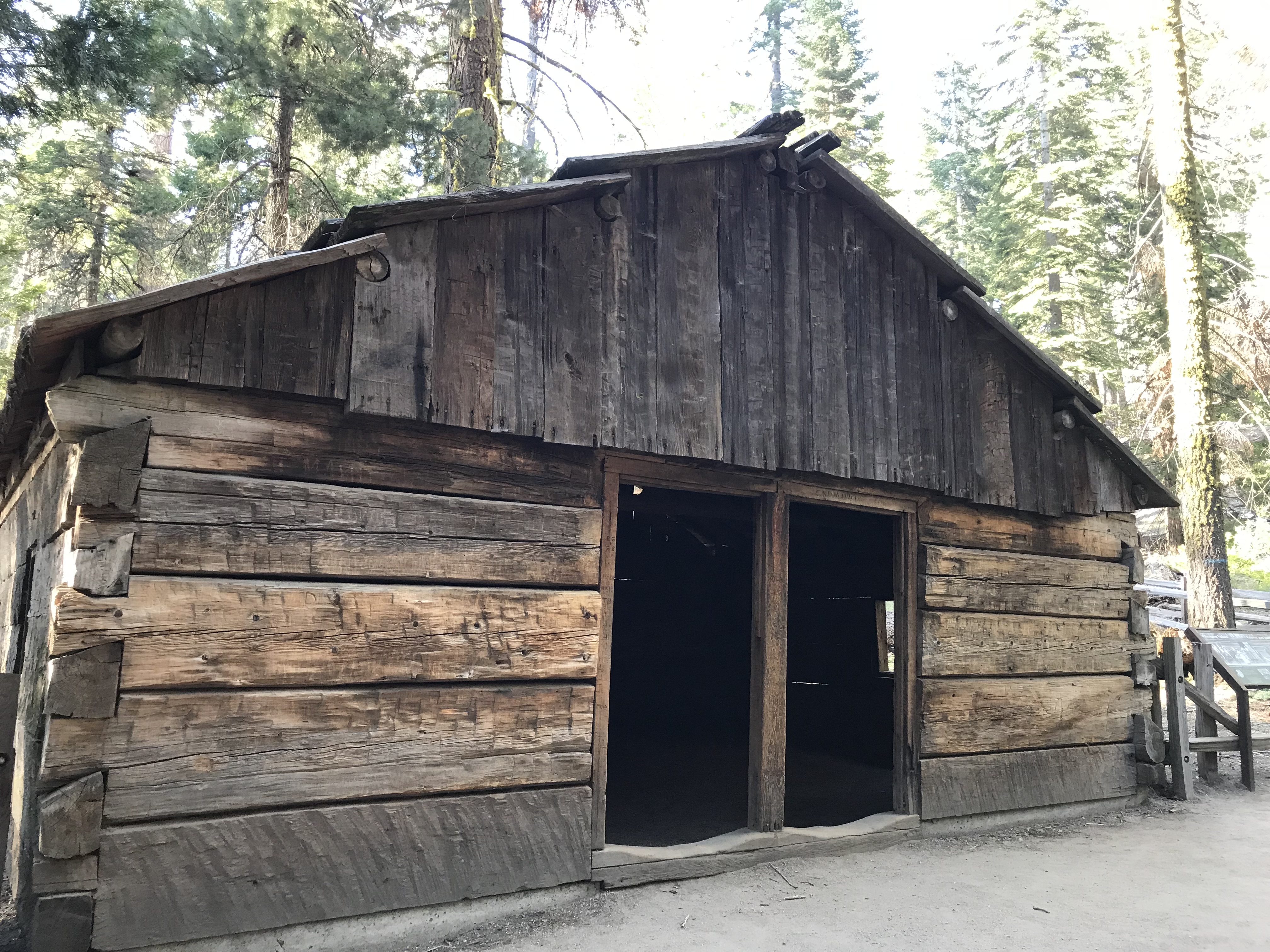 Next on the trail loops is the Centennial Stump. The Centennial stump has a diameter of 24 feet and an interesting history.  “This tree was cut in 1875, and a 16-foot section was sent to the Philadelphia Centennial Exhibition of 1876. Only the outer shell was exhibited, the parts being reassembled after shipment. Eastern people refused to accept the exhibit as part of a single tree and called in a “California Hoax”. It took two men nine days to chop down the tree. Its upper trunk is the scarred log downslope from the Grant Tree. Ladies from a nearby logging camp used to conduct Sunday school services for their children upon the stump”. The “California Hoax” was a sad finish for the 1,800-year-old tree, it would be 14 more years before the grove received permanent federal preservation as a national park”.